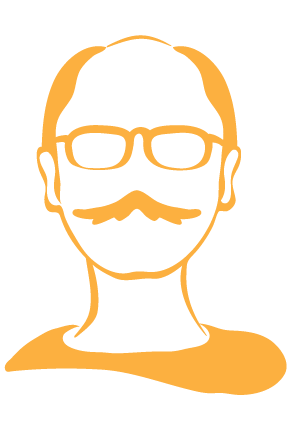 My name is Eric Bowman, and if you have questions about insurance, this is the blog you need to read. I was always confused when I had to purchase insurance. I would either end up paying for insurance I didn't need or I wouldn't buy the right policy. I finally decided that I was going to learn all I could about insurance policies so that I would understand exactly what I was buying. Now, I am completely satisfied with my insurance and the coverage is just what I need. I realized that there are others who are probably just as confused as I was, so I am writing this blog to help others get the best insurance for their needs and budget. I hope that my blog gives you the information you need to make the right choices when purchasing insurance.

Learning All About Insurance Policies

Have you ever compared your car insurance premiums to a friend's, and wondered why the two were radically different? Unless you're an insurance expert yourself, trying to figure out all of the factors that go into determining your car insurance rates can feel a little like trying to read your future in tea leaves.

But there some things that you probably know. For example, you're probably aware that younger drivers cost more to insure, that single people pay higher rates than married people, and that your own driving record, as well as the driving records of the people in your household, are important factors.

However, there are probably also things that you think you know about your car insurance rates that actually aren't true at all. Take a look at some myths about car insurance, and the truth behind them.

Myth: Your Insurance Rates Won't Go Up if You Don't Report the Accident

It sounds reasonable—the damage from a little fender-bender may cost less than your deductible to repair. So why not skip reporting it to the insurance company and save yourself the rate hike? The problem is that there's more than one way for your insurance company to find out about an accident.

Also, if the accident results in a ticket, your insurance company will find out about that when they review your driving record. In either case, your premiums are likely to go up – and they may go up more because you failed to report the accident.

The idea that a cherry-red car costs more to insure than a white, green, or blue car is one of those things that everyone seems to know. The problem with that piece of common knowledge is that it's simply not true. Your ratings are partially based on the kind of car you drive; that much is true. But where do insurers get information about your car? They get it from your VIN number, which contains the information about your car's make, model, year, and place of manufacture, but doesn't contain any information about the color of the car.

So where does the idea that red cars cost more to insure come from? Some people will tell you that red cars get more tickets, but that urban legend appears to have no basis in fact either. More likely, the rumor about red cars is based on the fact that red is a popular color for sports cars, and sports cars, no matter what color they are, tend to be more expensive to insure because they're driven faster and harder than other cars. However, that's about the car itself, not the color. A bright red sedan or minivan won't cost you any more to insure than any other color.

Myth: An Older Car is Cheaper to Insure, Because No One Will Steal It

According to a 2015 report, the car that was stolen the most that year was the 1996 Honda Accord. If you think about it from the point of view of a car thief, it's easy to understand why older cars are appealing: they lack the high-tech anti-theft devices available on newer vehicles. What's more, older cars also lack the newest safety features, which also brings the price of insurance up.

Don't assume that you're getting the best insurance rates that you could be getting because your car is older. If you upgrade your anti-theft and safety features, you may be able to get a better rate than your current one.

Separating myth from fact can help you understand your insurance rates. If you're still unclear about why you're paying the premium rates that you're paying, ask insurance companies like AALL Insurance what you can do to bring your rates down, and consider shopping around to see if you can get a better quote elsewhere.